DC Comics may be changing how they’re handling continuity going forward. A report from Bleeding Cool suggests that following the upcoming Future State event, DC could be moving towards an Omniverse-styled universe as opposed to the current multiverse. The move would make continuity less important and allow for more creative freedom in storytelling.

Continuity is both a selling point and creates a tough entry barrier for readers. While most seasoned comic book writers tend to enjoy stories that tie into a character’s deep history, for new readers, that continuity can be a roadblock in getting into a specific character or storyline. DC has opted for line-wide relaunches happening every few years, like The New 52 and DC Rebirth. However, most recently, the publisher has been much more open to non-continuity stories, whether that’s Doomsday Clock, Three Jokers, or the numerous releases from their Black Label and Young Adult lines

RELATED: How Doctor Strange Died (For Good) In The Comics

The news hasn’t been confirmed by DC Comics, so keep a saltshaker handy, but Bleeding Cool’s Rich Johnston suggests that the rumor will see the typical relaunch done away with in favor of a model that strays away from interconnected continuity among its main books. Johnston writes that DC Comics may be launching a book that relaunches the newer, less-connected continuity later next year.

Well, the rumours are heating up. What remains of the New 52, after DC Rebirth, Death Metal and Future State, is being done away with in favour of an Omniverse model. In which characters and comic books are no longer tied to a strict continuity but will play faster and looser with history…

I also understand that DC is currently working on putting together a new event comic to birth this new reality, to be published in March or April, for this new unrestrained storytelling approach.

Again, this is just a rumor for now, but the change would be a smart move for DC’s future. Continuity can be so fickle and tie the hands of many creatives, so while it’s great to see a story continue for X amount of years where big plot points continue to matter long after their release, it would also breathe new life into many titles for writers and artists to have creative freedom without being restricted by past history. While the upcoming Future State will seemingly tie into continuity, it’s exciting because of how many new elements and characters are being reimagined. Less continuity will surely bring in more new readers. It would be safe to imagine some flagship titles would retain some continuity between them, such as Batman, Wonder Woman, and The Flash – but it won’t be at the expense of other stories, as those can be told with the same characters without being tied down to main titles.

For those confused about what this means, think about DC’s current film strategy. Films like Shazam! and Birds of Prey are tied into continuity but weren’t bogged down by it. Meanwhile, Matt Reeves’ upcoming Batman will be in its own universe. They all co-exist together, despite not existing in the same universe necessarily. If DC Comics employ a similar strategy, that seems to be a winning formula. 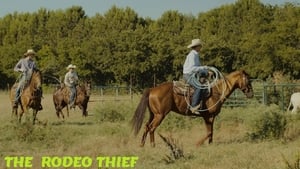